Last week I was in Kobe, Japan for the 3th time for Flat Ark the final stop of the BMX Flatland World Circuit. With riders from more then 20 different countries and $40.000,- for first place Flat Ark was the biggest contest of the year.

The contest was a set up as a battle royal with eventually one winner. On Saturday the qualifications went down with almost 80 pro riders. Every contester got 2.30 min to show their best riding and get one of the spots for the final on Sunday. I managed to make the cut by qualifying in 10th place.

Sunday was the day where the whole BMX community had been looking forward to. With only 12 riders left in a head to head battle tournament one rider would eventually go home with 40k. Everything was streamed live on the internet and the event almost felt like a TV show. All the riders brought their A game and I definitely felt confident on my bike. I was scheduled against BMX legend Martti Kuoppa (3x X Games Champion), who made his come back after a break of 6 years. I managed to pull the tricks I prepared for the contest, some of which I didn’t do in a big contest before. Martti brought his tricks he has been known for and managed to do a trick that had never been done in contest before. The judges definitely where impressed and voted in Martti favor. After that a lot of intense battles went down but in the end it was Martti who was able to keep the judges in his favor and went home with $40.000,-.

All round the event was an amazing experience. It was the biggest contest of my riding career and I’m super happy to show my best riding under such high pressure. This was my last contest of the year and I’m going to train hard this winter to prepare for next contest season. 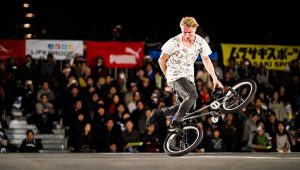 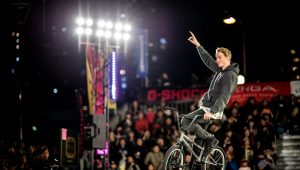 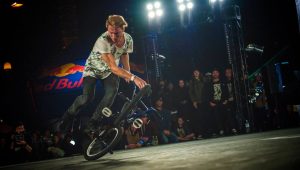 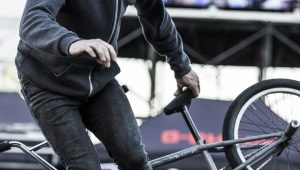 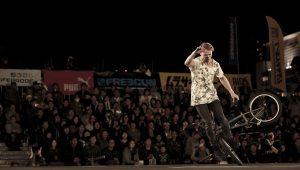 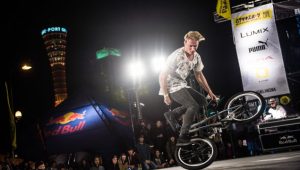